Author’s note: I wanted Windbreak House writers to speak for themselves in this retrospective of twenty years. Unless they are otherwise identified, all comments in italics are from the Windbreak House journals, written by writers at the conclusion of their retreats.

She was perched in the stern of a johnboat floating on a shallow prairie pond.

“Man the mainsail!” She bellowed. “Avast the scuppers!” Or words to that effect.

She paddled a little farther and I called, “Halt! Sounding!” as I dropped the plumb line overboard. “This is the deepest yet. Eight feet.”

Barbara added the number to our list of the soundings we’d made of water depth on the cattle dam we’d named Lake Linda, just south of Windbreak House, my ranch home.

Barbara came to Windbreak House Writing Retreats during my second year of operation, hoping to break a writing block that had developed as she worked with victims of abuse and neglect.

By the time she asked about the depth of the stock dam below the retreat house, we’d worked together for two and a half days on demanding topics but we’d also discovered we shared an unusual sense of humor. She’d brought the urn containing the ashes of her late husband to the retreat, explaining that she’d never spent a night apart from him. I confessed that I called the mud outcropping in the water St. George Island, after my late husband, because he was in Lake Linda as he was always in my heart.

To answer her question, I found thin rope and tied a lead weight on the bottom. We dragged a shallow-draft john boat to the water’s edge. Barbara paddled; I watched for shallow spots, and dropped the plumb line over the side.

As we neared shore, Barbara alerted me to the sound of chorus frogs. I’d been hearing them all during that wet spring of 1997, but had never seen them.

“How can you call yourself a prairie expert if you haven’t seen chorus frogs?”

“This dam has never had enough water for them before!” I protested. My whining did no good; she insisted we sit still, not even twitching as mosquitoes ripped chunks of flesh from our faces, until I could finally focus on the tiny frogs perched on water plants around the boat. She made me watch how they inflated the throat sacs that enabled them to sing so melodiously.

At last we floundered into the mud and dragged the boat on shore. Slogging through the ooze, we planned our next move. Inside the house, we both dropped most of our clothes by the washing machine and raced upstairs, giggling somewhat hysterically. She was faster, so she got the first shower.

Shared experiences break down barriers that may exist between writer and student, but that was the only retreat during which I disrobed with a writer!

You welcomed me with nighthawk feather and fresh sage, and walked me the perimeter of the writing house yard, calling names of blue flax, sunflowers, buffalo grass, thistle, rattlesnake.

The decision to create a writing retreat, originally for women only, arose appropriately from a gathering of women. After my father died and my mother moved to a nursing home, I was living with my partner Jerry in Cheyenne, Wyoming, while tenants occupied both my own house and that of my parents. In June of 1995 the tenants of my house moved out. Two women I’d met in Cheyenne, who’d been reading my books, came home with me to see the ranch. As soon as I saw the mess the tenants had left, I threatened to burn the place down rather than rent it again, but my friends pitched in to help clean. I was glad I hadn’t let the renters paint the living room walls black, but the kitchen stove was so caked in grease that the burners wouldn’t light. We had to do serious housework before we could even sleep that first night.

The next morning, I discovered that the stone cairn George had built on the hillside had been dismantled, the heavy square stones scattered. I cussed the renters as we collected the stones, but eventually concluded the damage might have been done by a visiting badger, hunting for mice under the rocks. I gave the women a ranch tour, and instructions on opening gates, and we hiked through the pastures picking wildflowers. The last morning we sat on the deck after breakfast, talking over how the house might bring in enough income for taxes. One of the women said, “Why don’t you start a writing retreat for women?”

The idea was a blade of light, so completely perfect that I set my camera on the deck railing and took a picture of us to commemorate the moment. I decided to call the place Windbreak House. The name is literal for the tall trees that collect snow on the north side of the house. But it’s also a nod to the metaphor suggested by my prologue to my first book:

A windbreak is a precious thing. It is a promise in fall, a lifesaver and a place of warmth in winter, a sign of hope in spring, and a place of loveliness in the dry heat of summer. We all need a windbreak.

I had no idea what I was doing, but now that I do, I’d do it again.

In the retreat journal, one of the writers at the first retreat recalled details:

A few casualties (an armored wasp stung C, W fell through a barbed wire fence, Linda tangled with some iron thing, bruising her ankle to the bone) but none of heart. In fact, Frodo and George visited S.

George, my husband, had been dead for some years, but our West Highland White Terrier Frodo had died shortly before the retreat. During her first night in what had been our bedroom, Susan was awakened by what she believed was a small dog jumping on the bed. When she sat up, she saw a large man lifting the dog in his arms, apologizing so gently she wasn’t afraid.

One of those first writers wrote in the house journal before departing:

All blessings on Linda. All love. She recognizes who we are and calls us forth.
Sends us forth.

Inviting strangers into my home to work on their personal writing was a risky venture, but I reasoned that teaching had provided me with enough understanding to carry it off. I’d worked as a traveling Poet in Schools and encountered unusual dilemmas, like the sixth grader who asked if she could write about whether she should keep the baby, but had told neither her parents nor teacher she was pregnant.

A student in one of my college English classes had been drafted when he flunked every course he was taking, and he wrote from Viet Nam to accuse me of murder. “You failed me in English,” he declared, “and now people are shooting at me.” Conducting retreats in my home couldn’t, I reasoned, possibly be worse.

Hooray! I’m on track again. Now I remember—there’s fun in this! 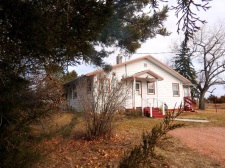 Mystery writer M.K. Coker came to Windbreak House Retreats for a solitary retreat in October, finishing the next book in the terrific Dakota Mystery series in time for a November deadline. This report about the experience (printed with M.K.’s permission) ought to encourage every single writer: 1,000 words on the day of arrival!

Almost as soon as I arrived for my solitary retreat, I found the distractions of ordinary life– the insistent and unceasing demands of phones, Internet, and the never-ending to-do list– disappeared. I was able to write a thousand words on my novel that very afternoon before a scheduled get-together with Linda’s bookclub.

As it was the first time I’ve ever been on the hot seat as an author, I was a bit nervous but the informal potluck was just the right introduction to the bewildering world of fans. They asked probing questions, ones I hadn’t expected, such as whether I would go back and write the many books I had once started years ago and never finished (the answer: for the most part, no, I’d moved on). The only bad part of the evening was that I was so busy answering questions that I didn’t get to eat until it was all over! So I wasn’t able to thank them personally for the excellent repast.

The next several days, I was able to get down to work and pumped out about five thousand words on most days, with some thinking time when I hit snags. Daily walks from the retreat house to the highway kept my brain supplied with oxygen– and beauty.

A truly spectacular sunset over the Hills and a giant moon-set the morning that I left reminded me of what I often forget in town: Nature is the best inspiration. And a meeting with Linda to talk about the life of a writer was something I will always treasure, as I have no one in my life who truly understands that aspect of my life.

Without this retreat, I have no doubt that I would have missed my editing date. But I made it, by the skin of my teeth!

If you haven’t yet read a book by this author, you’re way behind. Get acquainted with Detective Marek Okerlund and Sheriff Karen Mehaffy and the fictional Eda County in southeastern South Dakota, that “bastion of corn, beans, wheat, bluffs, and rivers.” Every word, every scene, every community activity, rings absolutely true.

Start with the first in the series, and by the time you’ve read all those available now, the new one should be out. First is Dead White, followed by Dead Dreams, Dead Wrong, Dead Quiet, and Dead News.